Humanity is one of an infinite number of entities and things that makes the whole of Omnipresent Consciousness (All That Is). We live, move, and have all being within this Universal God Soup. There is nothing, absolutely nothing, outside of this soup.

If one is open- minded to believe beyond a rigid set of beliefs, one will clearly see there is so much more to life than anyone could ever comprehend. Thoughts and words make our physical reality and now that physical reality is manifesting quicker than ever before. It’s vitally important to remain positive in thought for what we concentrate on manifests to become our reality.

We are reborn, Emmanuel tells us, whenever we allow a new concept to enter our awareness for everything shifts, and rearranges itself, to allow for infusion of the new. Just one new thought or experience makes us different than we were the moment before. The game changes when we view ourselves as beautiful light beings, pure energy in material form, having a physical experience.

Certain numbers help people shift their awareness. The numbers three and four are prompts to wake- up. Drunvalo Melchizedek notes three or more of the same number enhances the energies of whatever level we’re on at the time we see them. Among other things, the number three represents the Holy Trinity, the number of the Holy Spirit associated to the triangle, and a favorable number associated with birth. The number four refers to creation. It represents the union of the Trinity into One and symbolizes the family, considered as another image of the number one. Symbolically, the square or the cross represents four. It’s the symbol of totality and considered by the initiates as the root of all things. You’ll see a lot of four’s if you don’t pay attention to the three’s you see. The number 444 holds great symbolism for it represents the first divine woman. It’s the call to awaken to our true being. The Resurrection number is 444 or 4444.

It is my understanding that some souls chose to stay a bit longer in the dream of forgetfulness. But it’s important to note that All That Is has never, and will never, be disrupted. One can see All That Is as a vast collage of everything that exists. One may take a photo of the collage and make a puzzle but it does not change the collage. One may separate the photo into unique puzzle parts but that has no affect on the collage. One may even disconnect the parts of the puzzle and separate them to the four corners of the earth, and beyond, but it still has no affect on the original collage. Eventually, the puzzle parts will come together and disintegrate having never been “real” at all. The photo will be no more, but the collage remains perfect, whole, and unaffected.

Humanity is part of the dream puzzle associated with the photo of the collage. Yet, in Truth, we are part of that perfect, whole, and unaffected collage of All That Is. Human thoughts are the only things that separate us. Focus on All That Is, or whatever you refer to as God, and life here will unfold in perfect, joyful Divine Order.

Excerpt from Bits of Wisdom

Unique Parts of One from Bits of Wisdom

But, over eons of time, humanity designed multiple layers to separate us. In Reality, there are no layers, no outside or inside; nothing that reeks of duality exists. We remain unique parts of All That Is, just as a drop of water that flows to the beach is still a part of the vast ocean.

Humanity agreed to experience this realm of consciousness but somehow lost sight of our God- given abilities. In the course of experiencing the dream, we continued to spiral into denser and denser realms leaving our True Self behind. It is now time to remember who we are and return to All That Is in all aspects.

It gets confusing because free unique will reigns on earth making it appear that we’re separate. More people each day realize this is not the case. However, as we do seem to be in physicality on earth, it’s necessary to play the game of life. And since we think differently, there’s always another opinion, another experience, another way to live. 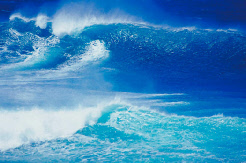