New patterns of sleep permeate the days and nights. Tiredness often overwhelms me near eleven o’clock at night. Sometimes I fall quickly asleep only to wake every two hours, for the next twelve, to wet my parched throat and use the bathroom. Sometimes I rise at two or three o’clock in the morning and am up for several hours before sleep claims me, once again.

Today is the first day in several weeks that tiredness caused me to nap after being awake for four hours. As usual, I seemed to disappear into another world soon after drifting off to sleep. Quickly moving words rolled past closed eyes as my consciousness seemed to bring me back while resting in the Lazy Boy chair. It was a download of some kind. Of this, I am certain. Tiredness still permeates my physical body. But after nearly an hour’s nap, I do not want to succumb to sleep again. At least not until nightfall and it’s only 4:30 PM.

Ascension symptoms vary widely. It’s all about increasing states of awareness and moving on. Those mentioned here are the ones most prominent for me. Full moons, equinoxes, planetary alignments and bouts of high geomagnetic activity (including solar flares) usually cause increased symptoms including erratic sleeping patterns.

Some ascension symptoms are odd and yet somehow familiar, severe dry throat, thirst way beyond usual and rising frequently to void more than you drank. Waking while breathing oddly and hearing words can also occur. Heart irregularities, such as increased, erratic beats or sensations may accompany bouts of increased body warmth. Body temperature wavers greatly from overly heated to frigidly cold.

Recalled dreams and what seem to be prophetic dreams occur along with bleed- through to lives lived in other realms of existence. We continue to transmute and purge all those things not for the higher good, ridding our soul of all karma, never to have to return!

Physical symptoms during 2011 brought an increase in face rashes, vision and hearing changes and severe heat in bottoms of feet. Changes of appetite and in sense of smell occurred as well. Emotional, mental, and psychic symptoms varied throughout the year. The need for isolation lessened. Forgetfulness no longer bothers me nor does the disconnect with family and time. Messages of Oneness, Love and Light are more abundant. 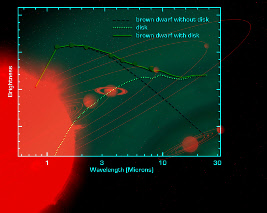 Erratic habits include insomnia, sleeping more than usual, waking frequently, and feeling the need to nap during the day. Waking between two and four o’clock in the morning often occurs during onslaughts of increased cosmic energy. Intestinal symptoms vary from indigestion, bloating and gas to stomach pain and nausea upon waking during the night. Sometimes ascension symptoms appear in the guise of excruciating headaches or ‘restless body syndrome’ a state where it’s hard to settle down.

The year 2011 brought an increased awareness of guidance, upon waking, and sometimes during the wee hours of the morning, to “activate” by bringing more Light into the body. It’s vital to reactivate the Light within. Light within expands through the body and goes out into the world. As the body morphs closer to Light there’s often a strong desire to change eating habits. Many people become vegetarians.

Continually ask for ease and grace and the process becomes easier in time. Walking, grounding by sitting barefoot in nature, and wearing a crystal, are things that I now do to help with ascension symptoms. Read Bits of Wisdom and Roller Coaster Ascension Ride to see other methods and search the Internet for ideas.

Science (not to mention our intuition) is increasingly suggesting that we live in a holographic reality. This reality is made up with our thoughts.

Thoughts go out into the ethers of space  to form based on the number of people who believe in them and the strength of the thought.

Consider this the next time you focus on  something. Consider first, is this thought life affirming? Do I want this in my world? If not, then thank the thought for coming into your field of reality before telling it it is no longer a part of your world. Next, consider building the world you wish to live in by imagining it first. The more effort and feeling that you put into this world, the quicker it will manifest.

Time and space are illusion. “Now” and “Here” are the only valuable commodities. The present moment is before time was, and will be when time is no more.

Living in the present moment is vital because the thoughts we think have the power to create our world. Like humans, every day is unique and filled with possibility. That makes it even more vital to live each day in the “Now” for it only happens once. Living in the “Now” affords us with a greater desire to make conscious choices, and take responsibility, rather than looking for others to blame.

The present moment offers us many valuable qualities such as no history from the past or agenda for the future. Filled with peace, and stillness of heart and mind, we rely on our inner strength rather than relying on logic. Being present in the “Now” is a doorway into inter- dimensional consciousness. Some souls, before human birth, choose the experience of living as humans in the “Now” through Alzheimer’s or other memory disorders.

Being present in the “Now” is a state of true centeredness, being seen, and known, for who we are now and accepting everything as a moment of gratitude. We then become more open to the potential for magic and transformations. Being one with the experience, we reduce energy loss by avoiding emotional tricks and not playing unwanted power games. Living in the “Now” affords the opportunity to connect deeper to our Self, all life forms, and the Creative Energy surrounding us. This enables us to reach our full potential as a multi- dimensional being.

All articles from the book Bits of Wisdom. 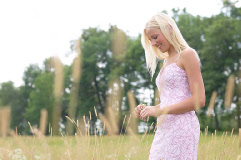