Preparing without thought includes not thinking about a storm’s path or severity but affirming that new higher energies will immerse everyone in the higher vibration of Oneness.

Experience taught me to listen to guidance that often comes in the wee hours of the night, upon waking, or dropping off to sleep. Once again, as many times in the past, I am now guided to prepare, without thought.

I have unplugged from the third dimensional construct as much as possible. So, when messages break though the veil, prompting me to prepare without thought, I listen, especially when they persist.

As the next summer storm approaches, it reminds me that even though we make our own reality, mass consciousness still periodically affects us. I sense, as with Hurricane Wilma in 2005, many people will not prepare for the repercussions of the next weather anomaly. All I can do is tell them now to turn off their television and listen to the Voice within instead. And if they really want to hear what finite, seasoned, weatherpeople have to say follow the posts on Dr. Jeff Master’s Blog at Wunderground.com. 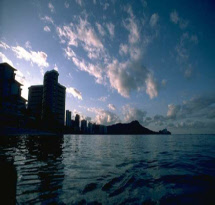 Truth as I Know It

Life seems often to be a dream, and yet, everything here on earth feels so real. Of course, I know it is not. Everything is just a figment of my imagination.

Many years passed me by while I thought about how this earth and its inhabitants came to be. I think I have things figured out now, finally after eons of time, I do remember.

The truth is we are lost in a sea of forgetfulness, playing a game called earth life. It is not, nor has it ever been, our intent to stay but just to experience, express and expand back to All That Is. Sometime back, I’m not sure when, we decided to change the game. Allow me to start from what I now perceive as the beginning.

In the beginning there was the Word, yeah, the Word, the Word of One. But putting that aside, there was a black void of emptiness and fullness, everywhere, including everything. That pure consciousness was all and still is all there is. It somehow began to expand by thinking, manifesting if you will, parts of Itself that wished to create more and more richness of BEing. 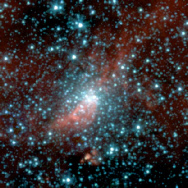 Those parts decided to separate, in mind, from the greater void. We are those parts, figments if you will, that decided to take on various forms to experience, express, and expand the richness of All That Is. This will spark a light of remembrance within you and it will glimmer brightly by the time you finish reading this article.

We lost our way, after eons of forms and experiences, after eons of words and deeds. We forgot the nature of our true Self. There is only One, and right now in bodily form, we are a part of One. But that One is a part of something much, much greater,All That Is.

As near as I can determine, we placed layer upon layer to mask our true self. It started long before Atlantis or Lemuria. Those were just epic turning points in our illusory history; times when we decided to take on increasingly denser form. Those days are long gone. In Truth, they never existed for this is a game of mind, the small mind in each figment.

As part of this experiment, we belong to a vast entity, Soul. Many call this the Oversoul. It consists of unique and vastly different souls, all playing the game of life on earth. Throughout time, each soul takes on new personalities, new experiences, new missions to experience, expand, and express the richness of All That Is.

As souls, we agree to forget our true nature before we take on a new bodily form. Our form and the environment we choose offer us the perfect place to experience, expand, and express. This is just one part of our journey. And now, it is coming to an end. I don’t mean that in a negative way but only as a change, as in the change of earth seasons.

We are finally beginning to remember who we really are. Many of us chose to lead or be an example for others to follow. These are monumental times as we awaken to recognize our full potential. Yes, we are indeed Gods of Creation.

This is a channeled message from Book of One :-) Volume 1. Balance your giving and receiving by buying the book or offering a Love Donation. Thank You.